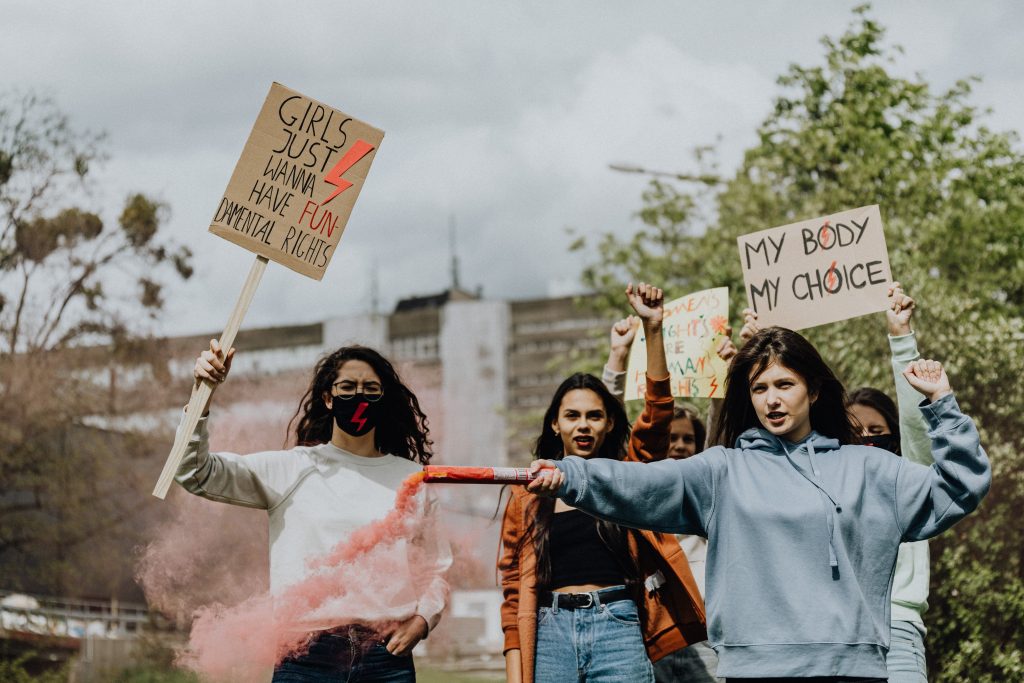 While the U.S. Supreme Court’s decision to overturn Roe v. Wade directly affects women in America, the tremors of the decision are being felt worldwide. In a year that saw the Taliban change Afghanistan’s laws to severely prohibit the freedom of women and girls, this U.S. ruling has been met with further outcry internationally. Such public affronts to women’s rights — and, indeed, human rights worldwide — accompany private ones. Here one writer addresses the impact of both public issues and private perceptions, and how we must work together for justice. See “Related Links” on the state of women’s rights at bottom. -Editor

I know well the gut-punch of betrayal.

The offenders were some of the men I dated, and each had his own excuse for unexpectedly finding his penis inside another woman. Unfortunately, I know what to do in this situation: I leave the man.

What do you do when the gut-punch of betrayal is inflicted by your own country? Seriously, I’m asking – what are we supposed to do?

On June 24, the Supreme Court of the United States rolled back long-held reproductive rights of women, attempting to relegate us to a second-class of citizenship. Equally frightening, the broken court wants to go after birth control and same-sex marriage. I feel like I’ve been physically pummeled as I write these terrible, terrible sentences. My heart is broken.

My life lessons tell me to remove myself from unhealthy and abusive relationships, and to leave the betrayer, so I again find myself googling “how to move to Canada,” and “living in Scotland,” and “working in New Zealand.” I’m not alone in fantasizing about a peaceful escape. We’re staggering from the blow, and I admit, I’m not fully upright – yet. But I know I will stand again, and soon.

As we regain our stature, of course we must vote like never before for pro-choice candidates. I feel overwhelmed, however, because all our attention to this issue will take away from our efforts to save species from extinction in the climate crisis. Mother Earth needs us more than ever and now we must spend crucial years reclaiming women’s right to choose.

A friend suggested that when the big picture becomes too distressing, we can focus on everyday life, to help us manage our emotions. Love this!

With that in mind, let me tell you about another friend’s daughter. She’s now a nanny, living in another state. There’s a lot to celebrate here – her daughter is financially independent, she’s adventurous and willing to create a new life, and she’s so trustworthy that a mom and dad across the country hired her to care for the people they love most in this world.

While her mom was excited about her daughter’s independence, her dad wasn’t pleased she’d be a nanny. “You mean you’re going to just be a babysitter?” he asked.

Perhaps he knows his daughter’s abilities and hopes she’ll become an engineer. Maybe he cringes at the thought of telling his friends she’ll be a nanny, or he wants her to return to school, or not move so far away. I don’t know what’s true for him.

I do know what’s true for me, and I had to physically restrain a giant eyeroll. 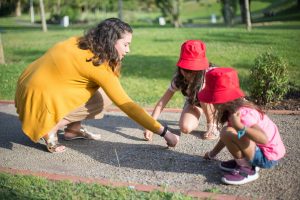 What is wrong with being a babysitter? [Snarky voice] Yes, the daughter is just going to keep alive two children that aren’t her own. She’s going to feed and bathe them. She’s going to transport them to school and play groups. She’s going to read to them, wipe their tears, and hug them with joy.

I ask again – what is wrong with being a babysitter? What’s “wrong” is that it’s the work of girls and women, so society naturally underpays and devalues these efforts. In fact, this work is often demeaned.

ALL HANDS ON DECK

When I shared with my husband my concerns, he understood. He told me about a recent conversation with his male friends where they discussed how toxic masculinity has deeply hurt men, as well as our society, and that women are exactly what the world needs. Indeed.

He also shared they hope women will keep running for office and be equally represented in government. Yes! And also, they sure hope women will do this for themselves soon. What? I felt their collective finger wagging at me and women everywhere, saying, Sorry for the foot on your neck, but really, what’s taking you so long?

I’m a white, middle-class, amply educated woman. I’m guessing this might be similar to pointing at Blacks and people of color and wondering why they don’t rise above odious white supremacy already. Good people, of every color, need to help – and likewise, good men who understand the damage of toxic masculinity to our society (wars, mass shootings, domestic violence, rape, alcohol abuse, condom stealthing, and a refusal to wear masks in a pandemic) need to lend a helping hand to their sisters.

I agree 1,000% that women are the solution to much of what hurts us. I also believe we’ll be more successful if men join us as we vote for women, donate money and time, promote women to leadership positions, write our elected officials, support women-owned businesses, and peacefully march. Most women I know are already doing these things, and they’re doing them while caring for their kids as well as aging relatives.

If men want women to rise, then help with the burdens of keeping a home and raising the children. (My husband is great at this piece, which is a blessing, because I stink as a housekeeper. And cook.) Also, demand from your workplace parental leave that is gender-neutral, so that all parents can bond with their new kiddos, thereby lightening the load of women.

In graduate school, I learned about “hegemony,” which means domination through consent. Women are fifty percent of the population, yet we’re living in a patriarchy, and we have (mostly unconsciously) consented, likely because we didn’t understand we could create a dramatically different world. I have been howling in protest at the patriarchy ever since.

While women belong in every place where decisions are made (thank you, Ruth Bader Ginsburg) we must also look to our boys. When we raise them to know that all their feelings are important and valid, they don’t rely on anger as an adult. While the science is still evolving, many reject the idea that babies are born inherently violent, rather it’s likely a vicious behavior some boys and men learn along the way. 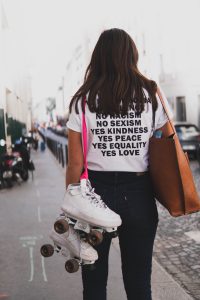 Before June 24, when I felt overwhelmed by the state of women and men, I’d remember my belief that we’re witnessing growing pains in our society. On tough days, it felt like convulsions, as we turned ourselves inside out and ultimately discarded outdated beliefs. I believed I was witnessing the values of older generations being challenged by younger folks with fresh perspectives, as has happened throughout the eons.

Abolishing Roe, however, is not a growing pain. It’s a hostile regression that is painfully out of step with the values of most Americans. It’s an ugly contraction that neither bends towards justice nor respects the requirement for a separation of church and state. If our society isn’t moving towards equality and a celebration of our differences, then it is dying.

How can we continue to live in such a country? Who could blame women for wanting more? The United States is no longer a beacon of democracy – but we can be, and this is what holds my attention. We don’t have to be the world’s cautionary tale, and it’s the younger generations who give me hope. Their new perspectives celebrate equity and belonging, and with these values as our north star, as well as support from good men everywhere, women might finally claim our place in the world.

As a previous fundraiser and burnout survivor, Collins is now a coach, helping employees maximise their wellbeing at Primavera Strategies.  Danielle lives with her husband and their wild dog, Boo, in Colorado.

RELATED LINKS
– “For many women, Roe was about more than abortion. It was about freedom,” The New York Times, 29 June 2022.
– “Only 12 countries have equal rights for women” (and the U.S. and U.K. are not among them), Statista, 8 March 2022.
– “UN calls on Taliban to reverse new rules for girls and women,” Associated Press, 24 May 2022.
– News release by 15 nations’ foreign ministers on Taliban’s restrictions on women and girls, gov.uk, 13 May 2022.
– Human Rights Watch on “women’s rights”
– Amnesty International on “women’s rights”
– International Women’s Day (8 March annually)

Ready to SHARE YOUR STORY?
Get details on how to submit yours. Spread the lived wisdom.

Are you a wellbeing professional who wants to reach mind-body-spirit enthusiasts?