Witches, The Devil, Tarot cards, and ancient Celtic practices remain relevant, as featured in Episode 6 of The Mindstream Podcast.
Listen below or read the transcript.

Edinburgh, Scotland, is a paradox of sorts: Tiny lanes called wynds and closes weave through Old Town and along the length of The Royal Mile from up high at the Castle fortress down to the Queen’s Palace of Holyrood. And just minutes away, gleaming modern buildings housing titans of the insurance and finance industries sit on a busy road with buses, bicycles, cars, and pedestrians jockeying for advantage.

It’s a place where the ancient and modern meet, and coexist. It would surprise only tourists that the Waverley mall was selling 15 items emblazoned with Ouija board imagery, and that a popular West End gallery would feature larger-the-life original paintings of Tarot cards. And that twice a year, night transformed Calton Hill into a wild swirl of fire, tribal drumming and acrobatics as 2,000-year-old Celtic rituals were celebrated anew.

Episode 6 of The Mindstream Podcast delves into the mystical surrounding Halloween, which is the one time of year mainstream society opens itself to these mysterious aspects of life (and death). Host Liza Horan shares news on these topics and learns about artist Sophie McKay Knight’s experience painting the Tarot card deck, and Beltane Fire Society chair Bradley McArthur’s insights on the relevance of ancient Celtic festivals, like Samhain (Samhuinn) and Beltane. You’ll hear why these topics remain relevant to the culture of Scotland. After all, the ancient Celts believe this is when the veil between the earthly realm and the spirit world is thinnest.

The Mindstream Podcast also is available on Spotify, Apple Music, Google Play Music (US only), YouTube, and more. 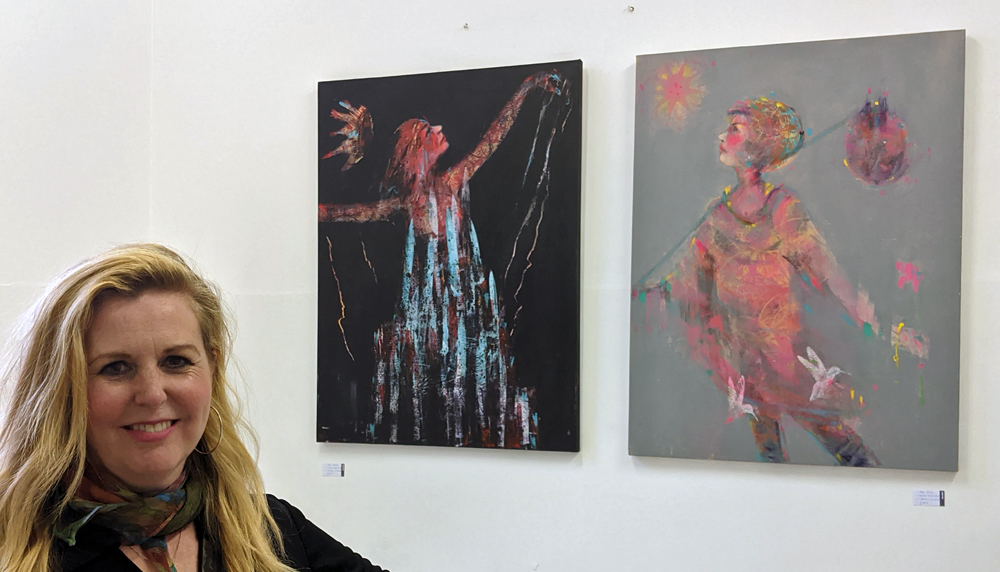 Sophie McKay Knight spent 2.5 years painting the Tarot card deck, and then made them into a deck. Her exhibition at the Union Gallery in Edinburgh ran during October 2020. PHOTO Liza Horan