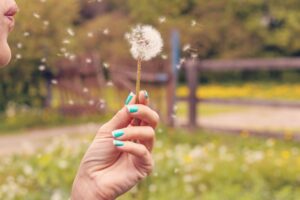 This feature is part of Mindstream’s editorial package to support the Wellness Moonshot, an awareness campaign for a world free of preventable disease that’s led by The Global Wellness Institute. The April 2021 theme is HOPE.

Here’s a collection of profound quotes on HOPE from historical and contemporary figures. Add yours in the Comment box below.

CHOOSE LIFE
“To live without hope is to cease to live.”
-Fyodor Dostoyevsky, Russian writer

“Where there’s hope, there’s life. It fills us with fresh courage and makes us strong again.”
-Anne Frank, German Jew who wrote “The Diary of a Young Girl” while in hiding from Nazis

ACHIEVE
“Hope is the magic elixir that energizes dreams, fuels possibilities, and lets you live beyond the limits of your historical thinking.”
-Michael Neill, “Supercoach: 10 Secrets to Transform Anyone’s Life”

“Optimism is the faith that leads to achievement. Nothing can be done without hope and confidence.”
-Helen Keller, American author and educator who was blind and deaf

“Most of the important things in the world have been accomplished by people who have kept on trying when there seemed to be no hope at all.”
-Dale Carnegie, American writer who authored, “How to Win Friends and Influence People”

“Shoot for the moon. Even if you miss, you’ll land among the stars.”
-Norman Vincent Peale, American preacher who authored, “The Power of Positive Thinking” in 1952

“Do not spoil what you have by desiring what you have not; remember that what you now have was once among the things you only hoped for.”
-Epicurus, Greek philosopher who founded Epicureanism (ethical philosophy based on simple pleasures, friendship and retirement)

“All human wisdom is summed up in two words; wait and hope.”
-Alexandre Dumas, French writer of the 17th century

“Every cloud has a silver lining.”
-John Milson, writer of the 17th century

“Hope itself is like a star — not to be seen in the sunshine of prosperity, and only to be discovered in the night of adversity.”
–Charles Haddon Spurgeon, English Baptist preacher of the 19th century who was called “The Prince of Preachers”

“In all things it is better to hope than to despair.”
-Johann Wolfgang von Goethe, German poet, playwright, novelist, scientist, statesman, and artist of the 18th century

“Hope is important because it can make the present moment less difficult to bear. If we believe that tomorrow will be better, we can bear a hardship today.”
–Thich Nhat Hanh, Zen Master Buddhist monk from Vietnam

“This new day is too dear, with its hopes and invitations, to waste a moment on the yesterdays.”
-Ralph Waldo Emerson, American poet, preacher and philosopher of the 19th century

“You will face many defeats in your life, but never let yourself be defeated.”
–Maya Angelou, American poet and civil rights activist

FOCUS ON THE FUTURE
“Learn from yesterday, live for today, hope for tomorrow. The important things is not to stop questioning.”
Albert Einstein, German theoretical physicist who won The Nobel Prize for Physics in 1921

“To put it simply, our life is based on hope, a desire for things to turn out well. Even in the womb, their mother’s peace of mind affects the unborn child. Hope is concerned with the future. Although nothing about the future can be guaranteed, we remain hopeful, which is much better than being pessimistic. On a global level too, we have grounds for hope.”
–Dalai Lama XIV

“In joined hands there is still some token of hope, in the clinched fist none.”
–Victor Hugo, French author and dramatist of the Romantic movement in the 19th century

“Plant seeds of happiness, hope, success, and love; it will all come back to you in abundance. This is the law of nature.”
–Steve Maraboli, behavioural scientist and author

“The best way to not feel hopeless is to get up and do something. Don’t wait for good things to happen to you. If you go out and make some good things happen, you will fill the world with hope, you will fill yourself with hope.”
-Barack Obama, 44th President of the United States

“If you want to build a ship, don’t herd people together to collect wood and don’t assign them tasks and work, but rather teach them to long for the endless immensity of the sea.”
Antoine de Saint-Exupery, French aviator and author of “Le Petit Prince”

MIRACLES AWAIT
“…Hoping is how the impossible can be possible after all.”
–Marissa Meyer, American novelist who wrote “Heartless”

“Once you choose hope, anything’s possible.”
-Christopher Reeve, American actor who played Superman before an accident paralysed him

Don’t give up — surrender with hope